We are at a turning point in history, I would venture a guess, most people just don’t realize it yet. 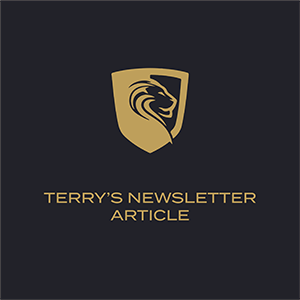 We are at a turning point in history, I would venture a guess, most people just don’t realize it yet. Technology is moving faster than we can comprehend, it’s almost like we are living in a movie, playing our role but oblivious to the fact we are simply unaware of our present circumstances. Elon Musk has proffered the idea that we are living in a simulation, at first, I thought he was using mind-altering substances, now I’m not so sure. In a literal sense, many of us are unaware of our circumstances, in a figurative sense, we are in a simulation, meaning that we are being manipulated daily without a clue as to who is behind it. Social media companies like Facebook, Twitter and TikTok have created powerful algorithms that feed us a constant stream of images, sounds, videos – “content” that in many cases is harmless entertainment, but more often, it is intended to capture our attention, motivate us with emotion, mostly fear and anger, which compels us to pick a side. Over the last few years, Red or Blue, Vax or Anti-Vax, stand with Ukraine, there is no looking for common ground, no compassion or empathy, you’re either with us or against us. It certainly feels like “somebody” wants us divided.

The data is slowly leaking out, recently it was revealed that Twitter employs current/former military personnel who specialize in “psyops” which stands for psychological operations – essentially information warfare in the digital age. Propaganda is nothing new, but how it’s being deployed, and on who, well that’s how we find ourselves in what Elon Musk calls the simulation. Every time you pick up your phone and open your social media app of choice, you are being exposed to some form of manipulation. To be fair, we could easily make the case that it’s nothing new, advertisers have been manipulating us through radio and television for decades, isn’t this just the natural evolution? Perhaps. We’ve all fallen for it, the dress or that jacket that you saw in the ad, somehow it never really looks as good on us as it did on that model, but deep down inside we accept that because we know that if it did look that good on us, we’d be the ones in that ad. But this is different. Not only are social media companies using military-grade manipulation techniques, what makes it worse, there is no liability for lying. None. They can literally tell you anything they want, brand their “fact-checkers” as the arbiters of truth, blatantly lie or misrepresent data, and have zero liability because they are “platforms” and not “publishers”. It reminds me of the scene in the Mel Gibson movie “Lethal Weapon 2”, a foreign diplomat and very bad guy had killed Mel Gibson’s girlfriend, and in this scene, the bad buy was standing in front of Mel Gibson whose gun was drawn and pointed inches away from the villain’s forehead. The villain, who admitted to killing Gibson’s girlfriend, stood there laughing in Gibson’s face, and uttered the words “diplomatic immunity”, knowing that he was legally untouchable for any crime he committed. Social media companies are enjoying their own version of diplomatic immunity and they continue to commit crimes against humanity and hide behind section 230 which, again, insulates them from legal liability.

It’s getting worse, because the social media companies are simply a vessel, they’re tools to be leveraged and serve a purpose. In his book, Woke Inc., Vivek Ramaswamy provides valuable insight into the sinister combination of politically motivated and powerful members of the government who join forces with hugely profitable massive corporations. The corporations are charged with implementing what would ultimately look like government policy that the politicians either don’t have the political mandate or legal ability to enforce. Essentially, the government is using corporations to skirt the law and give them the power to manipulate outcomes that would never be available to them otherwise. The Canadian trucker convoy is just the most recent example. The internet-based, crowd-funding company GoFundMe is a fund-raising platform that allows its customers to publicly announce a charitable cause and solicit donations from the public towards that cause. In this case, a person established a GoFundMe campaign to raise money for the trucker convoy who had organized to protest the vaccine mandates in Canada. The donations were made to provide money for food, fuel, and other supplies to support the movement. GoFundMe initially refused to distribute the donations, and even worse, originally intended to reroute the donations to the charity of its own choosing. After a few days of horrible PR, GoFundMe reluctantly agreed to return the donations to the original donors but refused to distribute the money to the truckers. In this case, GoFundMe, a company operating in the civilian domain, acted as a centralized government entity by allowing their own political views to supersede the views of their customers and engaged in both a form of political censorship and dictatorship as they did not allow for any discussion or due process in the matter. GoFundMe’s terms of service agreement gave them the ability to abuse their customers and there was nothing anybody could do about it. Just a few days later, Justin Trudeau, the Prime Minister of Canada, issued himself emergency powers, which gave him the temporary authority to label the trucker convoy a “terrorist” organization thereby allowing his government to freeze the bank accounts and assets of people they identified as participating in the protests. Again, no day in court, no due process.

Where is this all going? The road to hell is paved with good intentions. Whether you see these recent power grabs as merely misguided overreaches in the pursuit of justice or incremental tests to gauge the public response or anywhere else on that continuum, proceed with caution. The next step may be a central bank digital currency. My last example of corporate America doing the political dirty work of their woke masters Minnesota Bank and Trust, the former bank of My Pillow founder, Mike Lindell. It doesn’t matter whether you think Mr. Lindell is a tin-foil hat wearing conspiracy theorist or a steadfast patriot, what MB&T did to Lindell should be a cause for grave concern. MB&T “debanked” Mike Lindell, meaning they closed all of his accounts and explained to him that he posed a “reputational risk” to the bank. Once again, a non-government corporation evaluated a customer’s political views and denied him access to their services permanently because they disagree with his views. If you want a good way to test a system, give it to your enemies and see how you like it. Maybe you think what Minnesota Bank and Trust did to Mr. Lindell was perfectly acceptable, again, because you vehemently disagree with what he’s said and done? Fine, but what happens when MB&T starts closing more accounts of people they disagree with? Maybe they don’t like a particular zip code you live in, maybe they don’t like somebody’s Twitter post, maybe they don’t like a donation you’ve made? Now imagine rather than Minnesota Bank and Trust, it’s the Federal Government and they control ALL currency through their newly issued central bank digital currency system, where they see every single transaction, you will ever make. And the money can be programmed, so it can be individually taxed and have individually programmed expiration dates, it can be restricted from being spent on any item deemed inappropriate, the possibilities are endless. Now imagine the controls over the money are in the hands of political leaders you totally disagree with.

We are dangerously close to the point of no return. As you think about the values you hold dear, and the way of life you want for yourself and the people you care about, serious consideration needs to be given to the amount of power and control you are willing to sacrifice in the name of safety, security, convenience etc. Once the power has been handed over, there is only one way to get it back, and it’s not good. Geopolitics has become the center of the universe again, not just in the markets and money, but also in our daily lives. We can no longer assume people in power have our best interests in mind. As we consider our choices, we must ask tough questions, dig deeper and get to the core of what we want America to be and look like. America was founded by risk takers; its foundation is rooted in people who took personal responsibility and were willing to accept the outcomes of the decisions they made. It’s rooted in hard work, freedom, productivity, ingenuity and above all, opportunity. We live in the only true democracy in the entire world, the question is, will it stay that way?